Success is a state of mind!

Think that you’ll become BIG and be positive about it.
“If you think positively, it would create a positive atmosphere which will result to a positive reaction”.

I was sitting on a rocking chair, while having my “siesta” yesterday. I was in deep thought when a scene of my kitten “Muning” got my attention. I stood up and decided to watch him keenly, but  in a split second, “Muning” jumped up attacking my nephew’s puppy that is pretty much bigger than him. I was taken aback, but amused at the same time, watching the poor puppy ran away howling.

What has triggered “Muning” to attack that puppy?
I’m sure he knows how big that puppy is.

1. He was thinking that he is big too?

2. He knows his own ability as a cat?

3. He believes his inner strength and trust himself that he could defeat that dog?

Oh well yeah, why not? Mind has power as they say:)


He knows that he is a CAT but he thinks and believes that he can be a TIGER. If he has doubted this fact, then he wouldn't have defeated that dog.  His thought has given him power.

- our tangible achievements
- our  reached goals
- our certificates earned
- our developed talents
... ARE THE RESULTS OF OUR THOUGHTS.

These thoughts lead to actions, actions lead to habits, and our habits are what determine our eventual character and destiny.

In order to accomplish big things, we must first develop the ability to think big. Yet, thinking big isn't enough...
We also need to think differently, talk big, believe more, act big, act now, and act consistently in order to become great and accomplish our goals and dreams in life.

We need
to have
confidence
in our ability...
be brave enough
to follow through!


"Know your abilities and make out the best in you".

Be In A Relationship With Yourself (Ultimate Goal)

Has there ever been a time when you felt like you held onto something? You fought hard for it, but ended up frustrated or exhausted, Be... 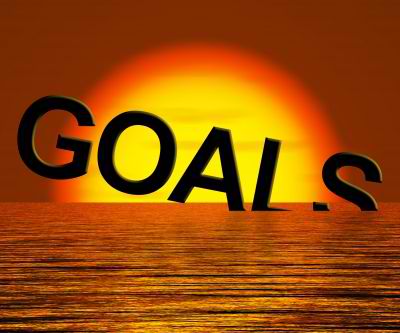 Take an intimate journey with your beloved and see what lies on the horizon.

Thanks Cecille for the nomination

Unchain your hands to touch the ROSE
Toss each petal towards the universe
Spread its fragrance to discover the unknown
Let your innate brilliance conquers the MOON!

Whoever reads this blog may notice that certain sections are repetitious. Do not let these repetitious become an obstacle to your reading. There must be a reason why they are here. They are never redundant nor unessential :) Thank you! ~Leony~

an action word, therefore requires an action. It is something you do for the beloved and its very essence is sacrifice. Sacrifice involves understanding and humility.

My heart tells me there's something wrong. It seems you're going through a journey with nothing but heartaches beside you. You don't have to say or utter anything for me to know and realize the anguish. I care too much not to notice...

Over the years, I have discovered that Love's journey is not easy. At first It gives us hope. It gives us a feeling of the so called "heaven". We feel that butterflies are flying inside our stomach. Maybe sounds funny and corny, but we don't mind all those corny things they said. What matters to us is the sweet feelings of being in love. We are in a high spirit of Love. But, have we forgot that we are on a journey? Each of us from time to time experiences crises from different life changing events and transitions, all unpredictable moments arriving and intruding into our well groomed relationship, we didn't ask for this interference and we wonder why it has arrived bringing with it havoc and confusion.

Love's journey is not easy, in fact, it often is hard. No matter what the source, each pain has a common bond, a threshold, a holy summons inviting us to cross a threshold involving both a leaving behind and a stepping forward.

Struggling day to day with the pain is an agonizing task. Don't be too hard on yourself. I am near if you need a lift of heart, a guiding hand, and someone who will be there with you to welcome the light of a new day. Just go on with your journey, because you are not alone. If the pain is too much for you, then.... GIVE ME YOUR WOUNDED HEART.